February 4, 2011- Maryland’s Department of Natural Resources (DNR) just announced that the current commercial gill net season has been closed until the Department determines the extent of illegal nets and their impact on the remaining quota. The announcement follows the discovery of submerged nets near Bloody Point over the past several days that held more than 10 tons of striped bass. The announcement was made by DNR Deputy Secretary Joseph Gill at an Annapolis news conference this afternoon. “Today’s announcement demonstrates that illegal fishing that steals the resource from all Marylanders will not be tolerated,” said CCA Maryland Executive Director Tony Friedrich. “The Department, Secretary Griffin and Fisheries Director Tom O’Connell are to be congratulated for their swift, decisive action. Also, the Natural Resources Police should be commended for their hard work. We look forward to working with the Department and other stakeholders to ensure the penalties for these types of crimes are strengthened and those responsible are held fully accountable.
While the gill net season would normally close at the end of this month or earlier if the allocation were reached, today’s announcement means all nets must be pulled now. The season could be re-opened later in the month if DNR determines that illegal nets nets are no longer a threat to the resource and that the commercial quota has not been caught, according to Friedrich.
Gill also announced a $5,000 reward for help in the arrest and conviction of those who have placed the illegal nets already discovered. CCA Maryland has added $1,000 to that reward.
“We encourage members to contribute to a fund that will support the reward,” Friedrich said. “Checks should be made out to ‘CCA MD’ with ‘gill net fund’ indicated on the check. They should be mailed to the state office, 701 Melvin Ave., Suite B, Annapolis, MD 21401.
Posted by Terry Sullivan's Guide Service at 11:42 AM

And if NC is not killing them!

(from Baltimore Sun)
Quote:
Posted by Terry Sullivan's Guide Service at 8:40 AM 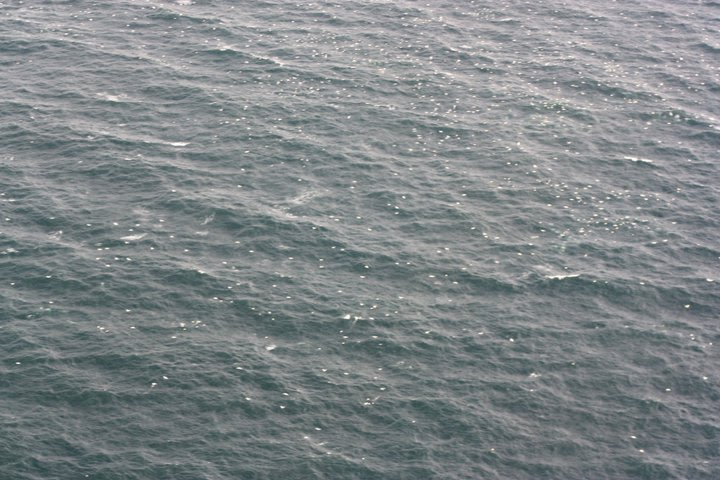 Just got this off the Outer Banks Voice.

More fish might be found in the surf and along beaches Friday morning, a spokeswoman for the state Division of Marine Fisheries said.

“It’s choppy out there, so we don’t know what’s washing ashore,” said the DMF’s Patricia Smith.

Attention has been focused on commercial fishing off the Outer Banks since a large kill was documented by recreational anglers and circulated on the Internet last month.

It was aimed at eliminating waste and discouraging high grading, the practice of discarding legal fish for larger ones to maximize poundage within limits that had been based on numbers. It was the first time the rule had been changed in 15 years.

Smith said the fisheries agency sent a plane to investigate after receiving a call about the dead fish. Officials counted 200 offshore. Another 41 were found along a four-mile stretch of the Pea Island National Wildlife refuge and 10 were in the surf, Smith said.

It was not known if any one trawler was the source, but Smith said it appeared the dead fish were the byproduct of culling. Of the 41 fish on the beach, 24 were under the legal size of 28 inches, she said.

“Culling is a part of any fishing operation,” she said.

Also not known was whether the number of dead fish would be considered within reason for culling when numerous trawlers are just offshore. At mid-afternoon, at least four trawlers could be seen around Oregon Inlet.

An overloaded fishing net was the apparent source of hundreds of striped bass seen dead in the ocean off the Dare County coast last month.

The captain of the trawler Jamie Lynn estimated that 3,000 to 4,000 fish were released from the net because it was too heavy to bring onto the boat, the North Carolina Division of Marine Fisheries said in a statement.

Marine fisheries issues proclamations for a limited number of days for fishing. Additional proclamations can be issued until the state reaches an annual quota
Posted by Terry Sullivan's Guide Service at 8:28 AM 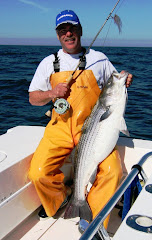